Mavuno Church is set to invest Kshs 16 million in rehabilitation of five primary schools in Nairobi this year.

Through the Spread the Love Campaign, Mavuno seeks to harness people and resources to restore dignity and hope to children in public primary schools and those serving term in correctional institutions such as prisons.

Milton Jumba, Executive Pastor at Mavuno Church in Charge of City Impact says the 2018 spread the Love campaign will be repainting classrooms and rebuilding kitchens and toilet blocks in five public schools in Nairobi based on the needs assessment in each school.

Public schools in Kenya experienced increase in enrolment following the 2003 re-introduction of free primary education which was aimed at providing more opportunities for out of school children.

Within one year of implementation UNESCO, 2005 reported an increase in gross enrolment rate (GER) which resulted in more than 1.5 million out of school children joining primary schools.

However, school facilities and infrastructure proved to be a challenge as classes became congested with limited physical facilities, sanitary and hygiene toilet facilities.

“The Spread the Love campaign saw an opportunity to adopt five public schools and mobilise resources to uplift the standards of the infrastructure, we are projecting to hit 20 schools next year, our big challenge is resources, we would like to partner with other institutions and the private sector,” he said.

At Rabai Road primary school in Eastlands Nairobi, only 2 classes are connected to electricity power supply. Classrooms have potholed floors, with damaged notice boards and missing doors and windows.

At Mlolongo Primary school, 1350 students share eight toilets, two of which are iron sheet’s pit latrines with no doors.

“Due to inadequate furniture a number of students stand or sit on the classroom floors and use stories and planks as desks during lessons,” says Jacqueline Mathaga, chairperson of the Spread the Love Strategy Team.

Lavington Primary has to date managed to repaint classrooms, landscape the grounds and is currently renovating the ablution block, while at State House Road Primary School, the campaign renovated the school hall and installed water tank for their toilets.

Meanwhile, Plainsview Primary school needs repainting, windows are broken and the ceilings are giving way due to roof leaks

The Mavuno church has a goal of raising one million hours annually of community service through volunteers. 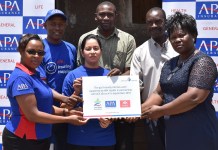 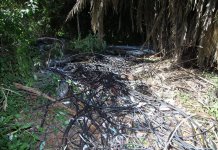 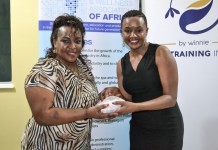 How To Make The Most Of The Safaricom Data Manager 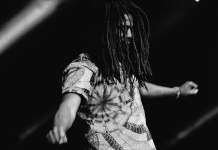 Chronixx Shuts Down Nairobi At The K.I.C.C With The Chronology World... 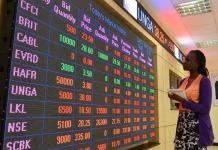 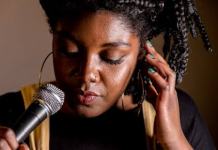 Women In Jazz – Thriving In A Male Dominated Industry #SafaricomJazz 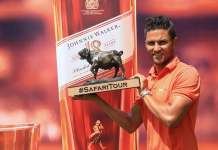