Home Business and Finance A Look Into The Improving Real Estate Market In Kenya According To...
Facebook
Twitter
Google+
WhatsApp
Linkedin
Telegram

Kenya has of late become a lightning rod for real estate investment as both local and foreign investors have looked to diversify their investments across multiple market segments from retail, industrial, housing and office space with absorption of Grade A and B office space in Nairobi rose by 12% in the first half of the year compared to the second half of 2017, according to Knight Frank Kenya Market Update – 1st Half 2018.

The Retail Space So Far

Looking at the retail space especially in Nairobi, local and international supermarket chains have continued to take up retail space created by Nakumatt’s and Uchumi’s exits.

Botswana-based retailer Choppies is also currently in talks with the owners of Nanyuki Mall to take over the anchor tenant space vacated by Nakumatt in January.

South Africa-based retailer Shoprite took up anchor tenant space left by Nakumatt at Westgate and Garden City Mall. Both branches are expected to open within the second half of the year.

Game announced it will open the second outlet at The Waterfront Karen, replacing Nakumatt which was initially set to be the mall’s anchor tenant.

Increased uptake of office space followed the improved political climate and economic recovery in the period, with the
country’s Gross Domestic Product (GDP) having expanded by 5.7% in the first quarter. A decline in prime asking rents
for offices to US$1.3 per square metre per month, from US$1.4/sqm/m in the latter half of 2017, also boosted uptake.

“The increase in prime residential prices and rents is attributed to an improved political climate and the thawing of the
wait-and-see attitude among buyers and occupiers,” the report notes.

In retail, prime rents remained flat at US$55/sqm/month, with footfall in major shopping malls having increased slightly
in the review period as expanding retailers took up anchor tenant spaces vacated by ailing rivals.

Over the last 20 years, in Nairobi, office rents in the Westlands commercial district have grown the fastest, having climbed by nearly two and a half times the 1998 levels, according to data compiled by Knight Frank Kenya.

Land values have increased most significantly in Karen, from an average of Sh2 million per acre in 1998 to Sh65
million currently, a more than 32-fold growth. Comparably, Upper Hill land prices averaged Sh20 million an acre 20
years ago and have risen to about Sh600 million per acre today.

Ben Woodhams, Knight Frank Kenya’s Managing Director, said: “The property market has changed tremendously
over the last two decades: land values have sky-rocketed, a whole shopping centre culture has evolved across the
country over that time, and Nairobi’s skyline has been completely transformed by new developments.”

Knight Frank Kenya released the data as it marks its 20th Anniversary, having been established in March 1998. The
real estate consultancy started off with 26 employees—six of whom are still serving with the company—and its
workforce has grown to 160 today.

In 1998, the company’s commercial management portfolio was about 300,000 sq ft and has grown to just under
7,000,000 sq ft in 2018, with the latest additions being Garden City and Signature Mall. The residential management
portfolio has grown from 278 units to 765 units of high-end properties over the two decades. 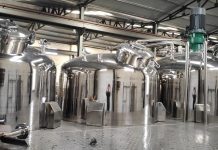 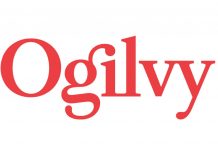 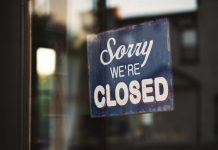 3 Of The Biggest Cyber Threats Currently Facing Kenya & How...

Why Email Marketing is Still Your Most Profitable Tool 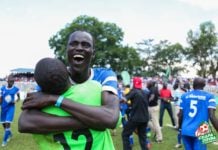 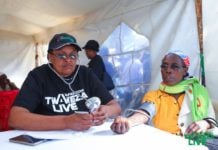 Preaching The Gospel Of Good Health In Meru With Safaricom’s #TwawezaLive... 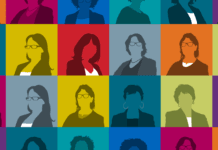 #WomenInScience: UNESCO In Partnership With Microsoft Marks the International Day of...

Equity and Safaricom Sign Landmark Agreement – What This Means