As much as I’ve heard Ghetto Classics playing multiple times, the beauty and brilliance of the kids still remains indescribable! I’ll try to explain why: I grew up near Korogocho and every Saturday, we’d go to the Korogocho market with my mother. Hand in hand, she’d guide me through the garbage, tell me to keep breathing through my sweater (because of the toxic smoke) and jump through the almost black streams of water. 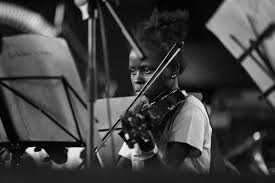 Looking back at those times, I couldn’t believe how the Ghetto Classics would practice such powerful wind instruments next to such heat and smoke from the burning garbage. With over 150 garbage trucks moving in and out of the dump site, sometimes it’s even difficult to describe in words how people, especially such beautiful and talented kids, live there – but the Ghetto Classics orchestra make it work!

Thanks to the determination of one angel– social activist and at the same time classical music lover, Elizabeth Njoroge – an educational project for children from disadvantaged neighbourhoods, Ghetto Classics, was launched in 2008.

Its founder, having returned to Kenya from abroad, set up The Art of Music, an organization which offers free music lessons to children from slums.  It all started with a group of teenagers and borrowed instruments; today, it is an orchestra of 80 people, and about 650 music students take lessons in  Korogocho and the surrounding areas. Under the supervision of professional musicians, they learn the classical repertoire from Bach to Brahms, as well as traditional African compositions, or film scores by Hans Zimmer.

Music has become a respite and vehicle of social change, giving the children a chance to make contact with a different world. They can later make their living playing their beautiful music and the most gifted can become members of the National Youth Orchestra of Kenya. In July, the kids went to Poland for the Brave Festival to play alongside Polish composer Radzimir Dębski (JIMEK) was also there in 2017 last year.

We all know Jimek for the famous Hip-hop History Orchestrated by Jimek performed with the Polish National Radio Symphony Orchestra in Katowice as encore after a concert with the rapper Miuosh, as well as the awarded remix of Beyoncé’s “End of time”. For a week, he worked with the youths in slums on their interpretation of Hip-Hop History, and in 2018 he played with them at the Safaricom International Jazz Festival in Kenya.

At this year’s Brave Festival, a 20-member representation of the Ghetto Classics orchestra performed for the first time outside of Kenya, which was a real adventure for them. They performed, among others, a JIMEK composition, and the composer has invited other virtuosos collaborating with the National Forum of Music.

According to Elizabeth Njoroge, Art of Music founder, the support from Safaricom Jazz has been nothing but a dream come true for them. These children who have been born and brought up in poverty, strife and crime, have played before thousands of Jazz fans, International audiences and even former U.S President Barack Obama, all because some people decided to give their all to these young talents and this month, we get to touch their lives once again by attending the Safaricom Jazz Lounge on Thursday. 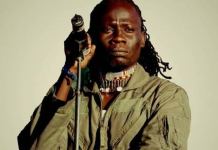 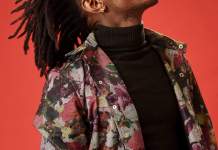 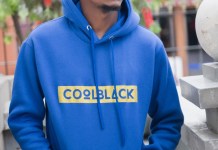 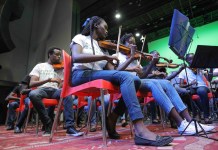 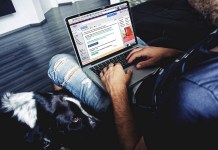 5 Ways Of Making Your Home A Productive Work Space 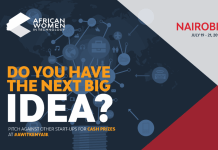 The African Women In Technology Conference To Take Place In Nairobi... 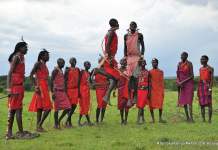 My Dream Is To Be An Industry Contributer – Majic Mike

I’m Painting My Canvas The Best Way I Know How –...